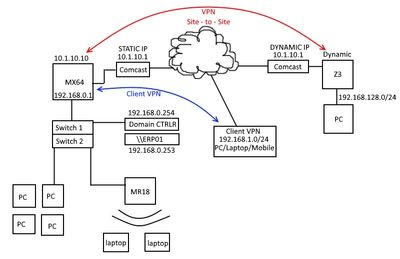 Are you split-tunneling or doing full-tunnel for the VPN once its connected?
Nolan Herring | nolanwifi.com

For example on our MX84 which is the HUB of the VPN tunnels, and it's range is set to take xxx.xxx.0.0/16 over a static route to gateway. We have 20 remote locations and the subnets are all /24 and joined into the VPN as a spoke.
0 Kudos
Reply
Highlighted 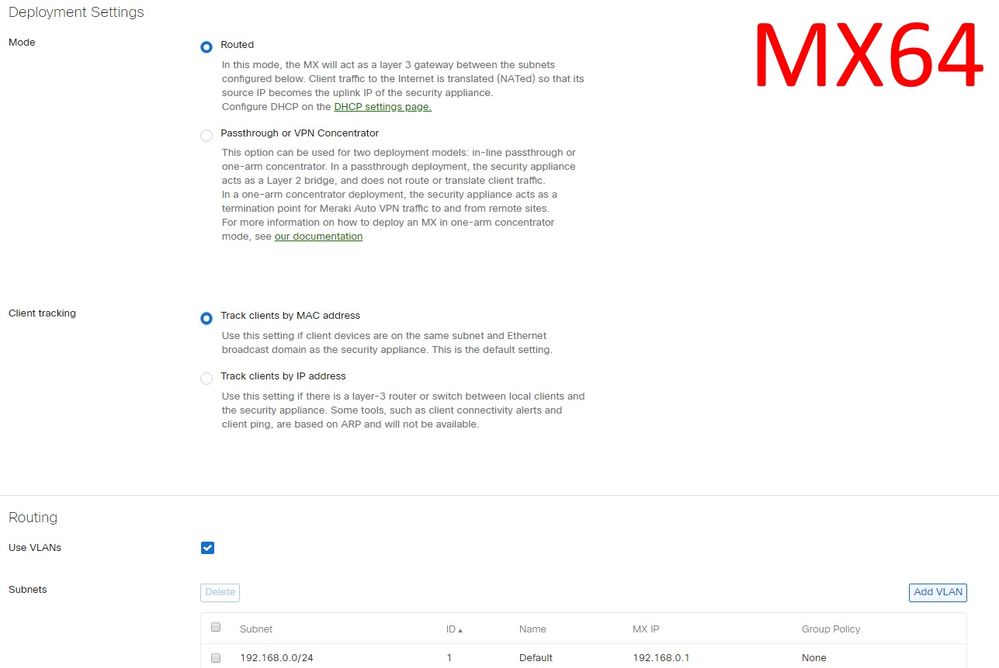 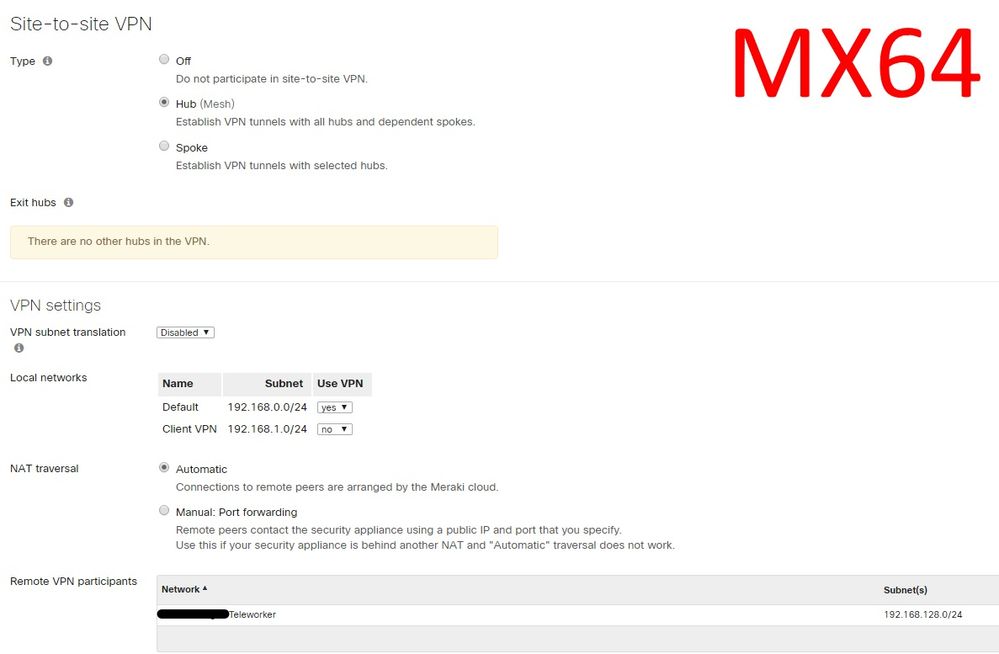 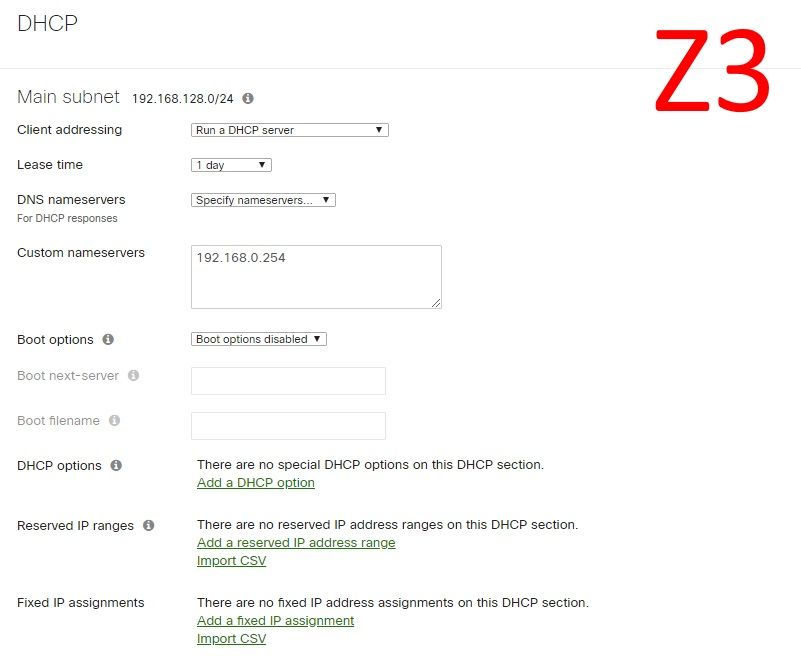 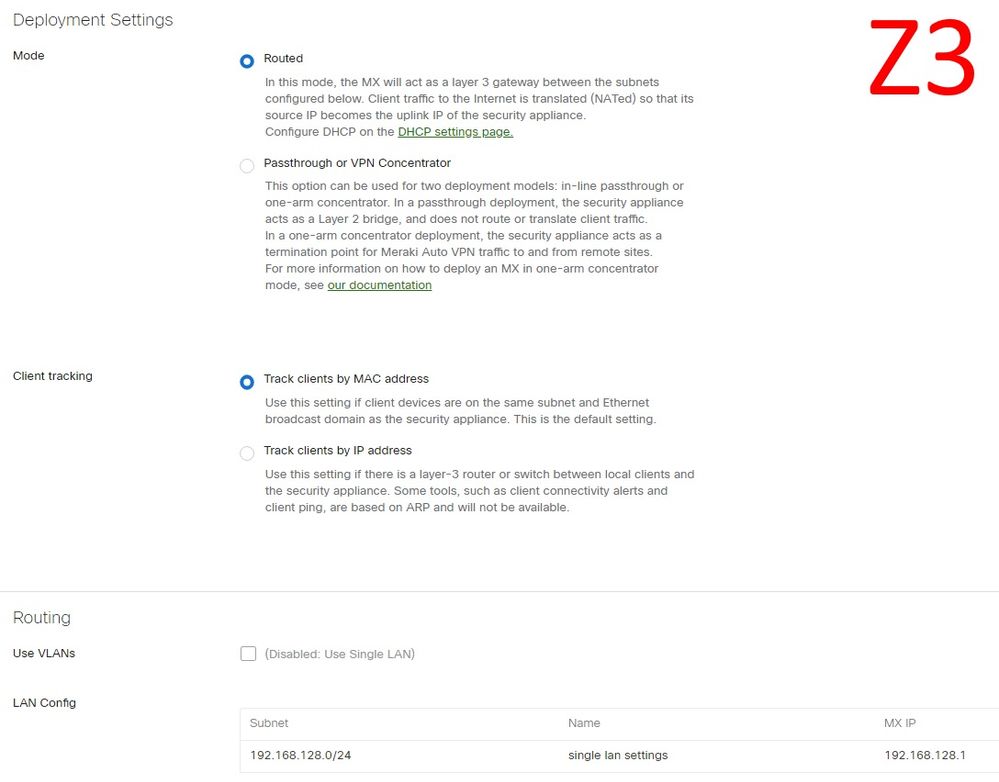 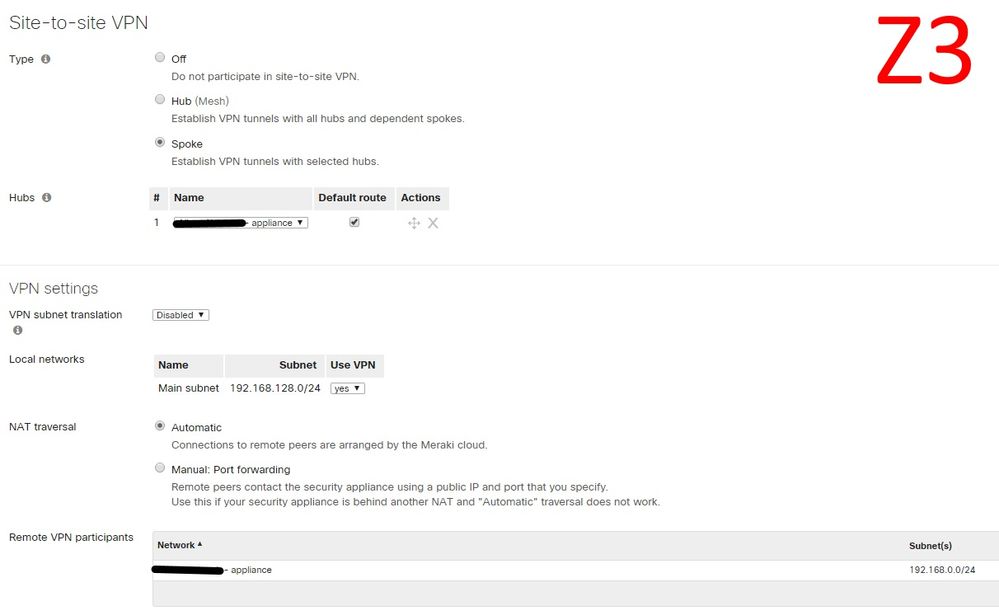 FYI since I just noticed that you have 'Default Route' checked. This means that the Z3 will do Full-Tunnel. So any local internet traffic will also traverse the VPN. If you uncheck that, internet traffic will leave the internet local and only traffic routed for internal will go over the VPN
Nolan Herring | nolanwifi.com