Store Link
Documentation
Happy New Year!
With the first release of the year, we wanted to improve the overall setup and support experience with the ServiceNow ServiceGraph connector for Meraki.
This should help get your Meraki equipment imported into ServiceNow in no time. If problems do come up, new shortcuts and logs are provided to help resolve common issues.
In addition, this version is now certified for the Tokyo release of ServiceNow.
Release Notes

Incident generation allows you to capture Meraki alerts and associate the event with a device such as a wireless access point. 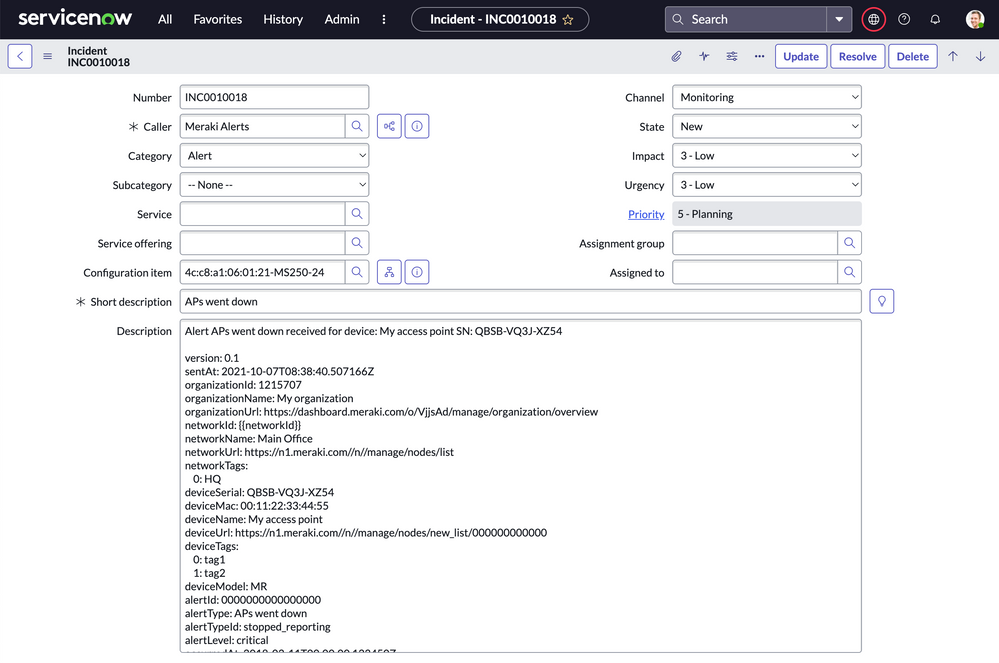 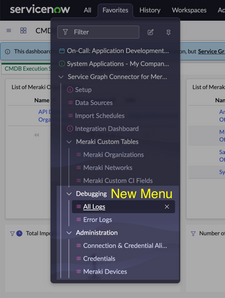 Sometimes something is not quite right with the setup details and it wasn't always clear where the problem was or what some cryptic error message was saying. So, we've improved the overall logging experience by using human readable error messages with explanations as to what may have been wrong.

Advanced users now have the option to modify the import process.

We have moved the core logic of the app into its own script which is then imported into the scheduled job. This enables administrators to adjust any of the mapping logic before/after the import job is run.

We hope that you find these improvements useful and stay tuned for further enhancements later this year.

How do you get any support on this connector?  I need someone to give my SNOW Dev instance access to this app.  This needs to be done from the creator of the app. Watch this video.

We have responded to your question @Chris_XCW, via the initial email you sent. Apologies for the delay.

I am able to see the Meraki application in my Dev instance now, thanks.  However, I am having an issue getting this one dependency installed. I can't find this dependency anywhere. Is it part of another app? 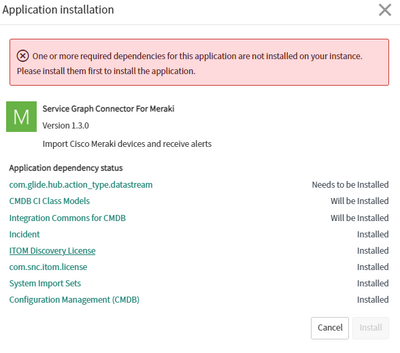