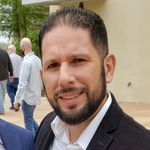 Re: MR29.1 Release Ready For Public Beta - Get Ready For More Meraki Innova...

by Dantech in Wireless LAN
Running 28.6.1 on 144 MR56. They are roughly 30 feet apart across 8 floors using VLAN for each floor. I've implemented 5GHz band steering and for the most part it to place systems on 5Ghz. Also changed radio profile to reduce power and increase bit rate as much as possible to support legacy systems and iPhones. Its 100% wireless shop with about 800 computers but still get some users mainly complain MS Teams meetings. I haven't implemented L3 roaming yet but seems like some systems connect to other floors. They get IP for that VLAN but signal to computer is low so I'm not sure L3 roaming would help with that. On my work laptop I changed the wireless adapter driver settings to roaming aggressiveness to high, transmit power to medium, and 5Ghz preferred because there were a few areas that I noticed that I still got 2Ghz. When no one is in the building I can see the LED go from green to blue within seconds and latency may jump a bit while it changes but nothing real bad. Only concern is that the driver settings on systems might be a little more challenging to change.   The other annoying issue is that he APs loose connection to the dashboard. I've contacted Meraki about this and they said that its a known issue and new firmware should address it. I was also informed from Meraki that reboot needed to be done because it APs would have performance issues after about 2 months. Since we have MS switches I was able to put in a port schedule on the uplink ports to do it on a weekly basis. Unfortunately the port schedule settings don't have a monthly setting so that was the longest period I could schedule.   If you are running med or high density, I'm curious on what your experience has been. ... View more

by Dantech in Security / SD-WAN
I think I just found my solution. There is a setting that can be changed to change the timeout on the client side. I know there is another value on the Meraki side that you can ask them to modify but this does not apply for this issue.    To change the client side time out I changed the following registry value from 10 to 30. I simulated the outage it did take 30 seconds for the second configured RADIUS to kick in but I was able to hit approve on my mobile device. Hopes this helps someone that has a Meraki MX and is configuring DUO MFA (primary and secondary Duo Proxy Server AKA Meraki RADIUS)   HKLM\SYSTEM\CurrentControlSet\Services\RasMan\PPP:MaxConifgure=30 ... View more

by Dantech in Security / SD-WAN
I did see this post but this issue does not apply to my issue. The problem is that the VPN adapter times out before it has a chance to reach the secondary RADIUS server listed in the MX. The user also has to have enough time to approve the DUO MFA request on their mobile device. As I mentioned the server does work if I place it first in the list. Ive contacted both Duo and Meraki. Meraki tried to play with the time out value from the Meraki side but its the VPN adapter on Windows computer that closes the session first. ... View more

by Dantech in Security / SD-WAN
Currently experiencing issue with the Windows VPN adapter when trying to use Meraki MX 84 (15.43) and DUO MFA. The issue exists when I have two RADIUS servers are configured and the primary one goes down. I know the second one works because I have listed it first and it works without an issue. The issue seems to be with the client time out on the VPN adapter. Ive contacted Meraki support to change the time out value on the Meraki side but isnt enough time to get the Duo MFA push to the mobile device. I get a 718 error about 30 seconds and about 5 seconds later I get DUO push on the phone so I just miss it. Even if I push allow on my mobile device it too late since its already closed out the session. Is there a way to change the adapter time out or is there something else that needs to be configured to allow the 2nd RADIUS server more time on the client to allow the response? ... View more
Labels: