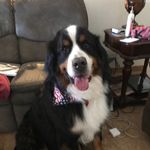 View All
Latest Contributions by LionGate

by LionGate in Switching
1 Kudo
1 Kudo
Update: So, after some time with Meraki Support (those folks truly are wonderful) I got to the root of the problem, which was that Dynamic ARP was on. Since I was moving devices and interfaces around, testing and confirming that things were working as expected, the ARP table had listings that became incorrect. Flushing the ARP cache and turning off Dynamic ARP fixed many of my issues. RIP wasn't the problem. ... View more

by LionGate in Switching
@LionGate wrote: I am replacing a Cisco C3750 core switch with an MS250. The problem is that I have other C3750 switches (my main stack) on the network. I seem to be having problems with intervlan routing and I suspect the issue is that my switches are running RIP. I have an MX100 firewall. How can I get my MS250 to interface with the other C3750 switches properly if it doesn't support RIP? So, I've just checked my other switches and the only switch running RIP is the one I am replacing. That makes me think the RIP isn't the problem.  ... View more

by LionGate in Switching
@jdsilva wrote: Nope. You have to change those too.  Can I run both RIP and OSPF on my existing C3750 switches simultaneously? What's the simplest path? I have two stacks of C3750s and three standalones aside from the one I am replacing. I also have a number of C2950 and C2960 switches but I'm guessing these will not be affected? Should I just create static routes on the C3750s?   How would this affect another C3750 at another site connected via MPLS? It only serves one VLAN but needs to contact our servers. ... View more

by LionGate in Switching
@jdsilva wrote: Replace RIP with OSPF or static routes.  If I do this on just the core switch will it then interface with switches downstream that are running RIP? ... View more

by LionGate in Switching
I am replacing a Cisco C3750 core switch with an MS250. The problem is that I have other C3750 switches (my main stack) on the network. I seem to be having problems with intervlan routing and I suspect the issue is that my switches are running RIP. I have an MX100 firewall. How can I get my MS250 to interface with the other C3750 switches properly if it doesn't support RIP? ... View more
Labels:

Re: Implementing Purple for Guest access at auto dealership

by LionGate in Wireless LAN
Yes, it's compatible. What I'm uncertain about is whether enabling the Purple web interface will interfere with the operability of the Meraki interface. Intuitively I'd say not but I didn't want to take the risk. ... View more

by LionGate in Wireless LAN
I'm considering implementing Purple for guest access to the wifi at our auto dealership. I'm concerned the cloud interface will interfere with the Meraki management interface. Am I able to use both interfaces at the same time, i.e. do they integrate? How does this arrangement work? I didn't want to do anything to cause issues with being able to manage my MR33 APs through the Meraki Cloud. ... View more

by LionGate in Security / SD-WAN
They are configured on the core switch with routes created on the MX. ... View more

by LionGate in Security / SD-WAN
I have some routes configured to route my MX to various VLANs on my distribution switch. For the "Next Hop" address I've been using the main gateway IP address on my core switch on all of my routes. What I'm wondering is, should I be using the gateway for the specific VLAN instead? For example, my native VLAN gateway IP is 10.25.62.254 and the gateway for VLAN80 is 10.25.80.254. Presently the Next Hop address for this route is 10.25.62.254, but should the route to VLAN80 use a Next Hop address of 10.25.80.254 instead? Or does this not matter as long as the Next Hop leads us back to my main switch? ... View more

Re: MX100 not resolving IP address

by LionGate in Security / SD-WAN
Thanks for your reply. I was wondering if it might just be taking time to propagate. I do not yet have a DC thus am not running AD. I think it will make life a lot simpler when I have AD set up... ... View more

by LionGate in Security / SD-WAN
I have an MX100 and have set it to track clients by IP address. Some clients are resolving to NetBios names but most are not. How do I get names to properly resolve? Why would some resolve but not others? ... View more
Labels:

by LionGate in Switching
I have one MX and one MR access point. Isn't integration sort of the whole purpose of combining the network? Meraki really needs to fix this. What's the point of an integrated network if you have to de-integrate it to use the best features? Physically these devices are all at the same location and on the same network. ... View more

by LionGate in Switching
This is what I get when I do that... ... View more

by LionGate in Switching
Thanks. Regarding tracking by IP, that's my desire. I have already reviewed the article you referenced. I am trying to learn how to properly set up routes on the MX so I can use that. Presently all I have on the MX is one VLAN -- VLAN 1 with IP 10.0.0.0/8. I think I need to revise this to match the /24 definition of VLAN 1 on the 3750, and to add static routes on the MX to route to the other VLANs on the 3750 to make the IP tracking work. I suspect the 3750 is splitting off the IP phone traffic and only filtering everything else. I think you're right that it would probably be best to let the 3750 do the routing. I would like to get the DHCP off of the old Win2003 server we're using for that and onto a newer device, though. The MX seemed a practical choice as I don't have another server to use for this at the moment. I am not pressed to replace the 3750 -- I just like the visibility into the network you get from Meraki devices and thought that would be a natural direction to go as I bring my network up to date a little. ... View more

by LionGate in Switching
Here's my topography: Not sure about Dynamic routing -- we have an MPLS and there are surely a few static routes to various servers here onsite. I'm content to leave the physical topology as is if I can figure out how to enable IP tracking so I can identify my traffic from the MX and also create routes or something so I can tag the ports on the MX to specific VLANs. I only thought it best to revise the design as it was suggested to me that best practices incorporated a design like this: https://documentation.meraki.com/MS/Layer_3_Switching/Layer_3_Switch_Example   ... View more

by LionGate in Switching
Hello, everybody. My network core consists of a Cisco 2951 router that belongs to XO Communications connected to a Cisco 3750 that basically serves as my distribution switch and an MX100. I have around 500 devices including IP phones, etc. DHCP is presently served by an old Windows 2003 server. We have an MPLS to another location and the way my network is configured I have two cables from the XO router connected to the 3750 and there are another two cables from the 3750 to the MX, i.e. one inside amd one outside. I can only assume it was put together this way for some reason having to do with the MPLS but I don’t really like the design because I feel the functionality of the MX is limited. For some reason the MX can’t translate the MAC addresses for all attached devices so just returns the MAC of the 3750 in many cases. I’d also like to allow the MX to serve as the DHCP server and ultimately I want to replace the 3750 with a Meraki switch, probably an MS350. Does it make sense for me to reconfigure things so the XO router connects directly to the MX, with the 3750 connected inside of the firewall instead of having the MX basically in a loop off the 3750? This seems to be best practice but I’m not sure how to get there from where I am now. I can post a network diagram and configs if it would help. It seems the first goal should be to revise the physical topology then create routes from the MX to the VLANs on the 3750 so they can also be accessed on the MX. Thoughts? ... View more
Labels:
Kudos from
View All
Kudos given to
View All
My Accepted Solutions
View All
My Top Kudoed Posts
View All