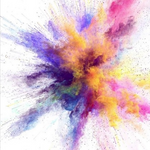 by WFS-Matthew in Wireless LAN
That's some interesting analysis. However I thought that a passerby was categorised by not being seen often and/or having a weak signal, rather than not being connected, as per this documentation:   https://documentation.meraki.com/MR/Monitoring_and_Reporting/Location_Analytics   So in your scenario, if you are wondering around a mall but not connected to the WiFi, you could be categorised as a visitor. But, usually it is common to disregard devices which do not have a known manufacturer as there can be an awful lot of noise in that space (circa 60% of all data based on what I can see). ... View more

by WFS-Matthew in Wireless LAN
Since the release of Android 10 (Android Q), they have announced their new default mac randomisation settings, which based on my understanding, does the following:   Random mac (probably outside of the OUI) per SSID (Saved in to a profile) Never using the hardware mac address unless the user allows it to (such as manually overriding the default for your home network) All associations and connected traffic will never use the actual mac address   Because of the above, how will the Location API handle things? If the device becomes unidentifiable, and is forever changing the mac address, won't this begin to impact the dashboard analytics when trying to understand visitors and passersby? I know mac randomisation has been a thing for a while but it's been poorly implemented so far making WiFi scanning really effective.   Right now it isn't a massive issue because the OS hasn't been out for long but if this is the way things are going, I'm struggling to understand how much further use the Location API will have, especially if Apple decide to follow in Google's footsteps. ... View more