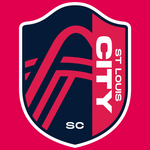 View All
Latest Contributions by Travis_Ferris

by Travis_Ferris in Wireless LAN
@NolanHerringI think you are right.  After investigating the Network-Wide -> Traffic Analytics, I'm seeing clients connected for the last 30 days.  So, even though the Wireless -> SSID Availability showed No AP's matching the tag, clients would not have been able to connect to the SSID if it wasn't broadcasting.  ... View more

by Travis_Ferris in Wireless LAN
We have a situation where we have 4 AP's at a site and need to have different AP's broadcast different SSID's.  We use Meraki SSID Availability feature and have tags on all 4 AP's (3x AP's have employee SSID, and 1 AP broadcasts a different SSID for the maintenance area).     About 6 months ago, we had no connectivity in the maintenance area, and I found SSID Availability page showed the tag, but also showed 0 AP's matched that tag.  Removing/Re-adding the tag fixed the issue.   Yesterday, prior to upgrading firmware (27.7.1 to 28.6.1), I found the 3x AP's for the office space were not broadcasting.  I checked SSID Availability and again it didn't match the tag.  SSID Availability was looking for "office", while the AP tag was set to "Office":       The problem is the AP Tag has always had a capitol letter in it, and wifi has worked before.  Has anyone had any issues with the SSID Availability tag reverting to lower case and and no longer matching AP tags?   Is there any best practices around AP tagging that recommends using all lower case?   My concern here is we are planning to roll out this solution to 2K+ locations and I don't want to cause a massive support issue. ... View more

by Travis_Ferris in Community Announcements
1 Kudo
1 Kudo
Tip1 - Tagging.  Not only does tagging come in useful for updating port configs (ie. all ports with VOIP, AP, etc. tag) but also with monitoring/alerting (ie. on only ports with UPLINK tag).  But our biggest use is with our wireless environment that has multiple SSID's configured, but only certain SSID's should be broadcast in certain areas.  Tagging allows us to enable all SSID's, but limits which SSID's are broadcast by which AP's (by floor, building, business function, etc.)   Tip2 - Templates.  I'm at the beginning stages of using templates, so I don't know all the ins/outs yet, but has definitely streamlined our rollout to 4,000+ branches.  First, we put our branches into multiple groups with similar attributes that would also have the same technology needs (ie. sites without wifi, sites with employee/guest wifi, sites that use specific devices that connect to cloud resources, etc.)   Then, we assign each network we build to a specific template that has the standard switchport or wireless settings pre-configured.  The tech then just installs the gear according to the installation guide, and voila!  Branch is installed.   BONUS:  Use Meraki Documentation.  It's MUCH easier to read and understand than Cisco's. ... View more

by Travis_Ferris in Full-Stack & Network-Wide
5 Kudos
5 Kudos
The biggest challenges to troubleshooting are: Remote Analysis via end-user (ie. troubleshooting the end-user in parallel to the reported issue).  There are numerous instances where this can play out, but one example would be having to answer the following: Did the device reload?  (environmental issue, memory crash, or code upgrade) Is the switch losing power?  (Is it bad switch or faulty/lose power cable) Is it a bad UPS or dirty power in the building? Is the circuit bouncing and the branch power cycles the switch? Having device uptime with reload reason would be helpful in troubleshooting these types of issues and comparing timestamps with other logs and devices. Cisco and Meraki barriers For the most part, Cisco and Meraki hardware play nicely with each other, but some things like ARP or MAC tables at a root Meraki device does not show every downstream device, almost like once it crosses the brand barrier, the information available is limited. Better upgrade status notifications It's difficult to know when a device is fully upgraded when performing upgrades remotely.  When in the lab, I can see the light status of the device when it is reloading, but when upgrading devices at our numerous branches spread out across North America, I have to rely on the dashboard and continuous pings to know the progress.  As easy as the process is to upgrade devices, it's nearly impossible to tell if it actually completed. The status under Organization > Firmware Upgrades shows different than BranchNetwork > Switches > Staged Upgrades, not updating until 30 minutes after the device is upgraded. The status under the Branch Network -> Switch Summary (or individual) status updates the code version in the Dashboard/GUI immediately, before it actually loads it to the switch Running a constant ping usually confirms when the switch reloads and boots to the new code version, but sometimes I've not lost any pings, almost as if the switch either never truly upgraded, yet everywhere inside the dashboard shows the device is on the new code version.   ... View more

by Travis_Ferris in Community Announcements
3 Kudos
3 Kudos
I have a new avatar! ... View more

by Travis_Ferris in Off the Stack
I highly recommend DLBTEC-58 -  Proactive Troubleshooting and Simplified Secure Access with Meraki. (https://www.ciscolive.com/global/on-demand-library.html?search=DLBTEC-58#/session/1588619831680001fFQ3)   I thought it had great info.  I'm also intrigued by the Meraki Insight product. ... View more

by Travis_Ferris in Community Announcements
2 Kudos
2 Kudos
I have a new avatar! ... View more

Re: Welcome! Please introduce yourself.

by Travis_Ferris in Community Tips & Tricks
6 Kudos
6 Kudos
A bit about yourself & your work Support Engineer for our branch network, mainly work as liaison between support teams and network engineers taking escalations from support side and documenting what network engineers put into production. Your experience with Cisco Meraki Minimal.  We only have 1 location using Meraki, while rest use Cisco controller-based AP's. A fun fact about yourself I actually love wireless design. ... View more