I contacted support to verify this information in more detail. Therefore, unless I am mistaken in my perception, it should be correct.

I have organized that information and will share it with you.

I do not have a Umbrella license, so I have not been able to verify this on the actual device. I only confirmed the MX specifications.

Also, dCloud has several Meraki SASE environments, but they seem to work differently with undocumented features and were not helpful.

I have checked the following catalogs.

So I should say that I was not able to verify the exact default behavior on the actual device.

I learned about undocumented features from a Japanese article written by the distributor.

* Translate to English
Incidentally, this setting that prohibits hub-to-hub connections can be removed by requesting it from support, so it is actually possible to connect hub locations to Umbrella with the condition that verification is required. 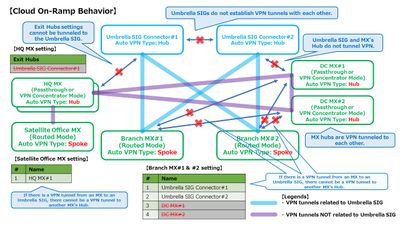 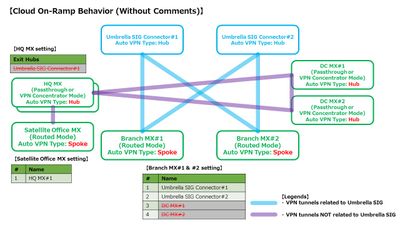 [Perspectives on each one]

* Umbrella SIGs do not establish VPN tunnels with each other 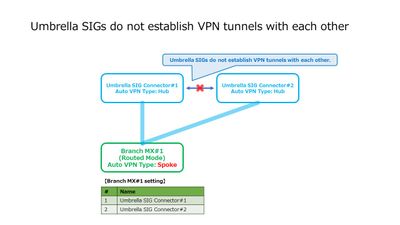 * When "Umbrella SIG Connector" and "Meraki MX in Hub" are mixed 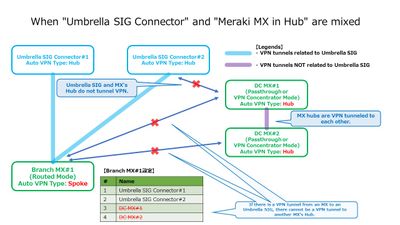 * Exit Hubs settings cannot be tunneled to the Umbrella SIG 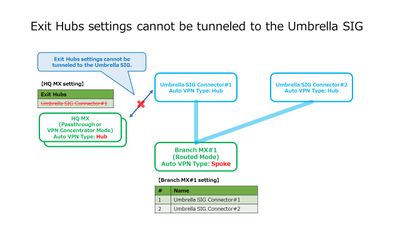 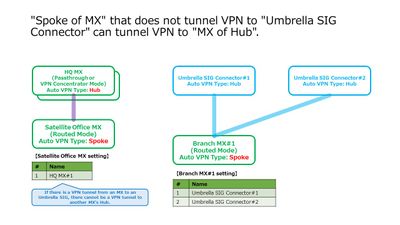 Thanks to the support staff for their kindness!

As a request, I would like the documentation to be detailed so that misunderstandings do not occur.

For reference, I have organized information on the dCloud environment. 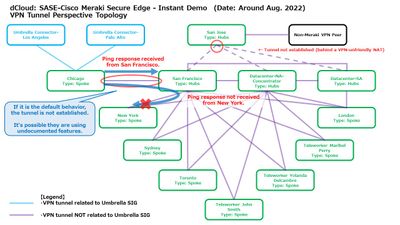