Recently completed a major upgrade to my school's network and we are now 100% full stack Meraki. Prior to the upgrade, all switches were home run to our MX250. I realized a couple years later that was a mistake since the MX doesn't handle STP, LLDP/CDP properly. But that's now fixed, as I've aggregated all IDF uplinks to a new MS425-16, which is also my L3 router now. I have a single transit VLAN between the MS425 and the MX250 and both switch ports are set to access ports on that VLAN. Static routes are entered and everything seems to be running smoothly.

However, the topology view is not quite accurate. Why does the link layer view say there is not enough info to draw the root? I've got STP bridge priority set to the new core (MS425) at 4096. Clearly it's set to the root. 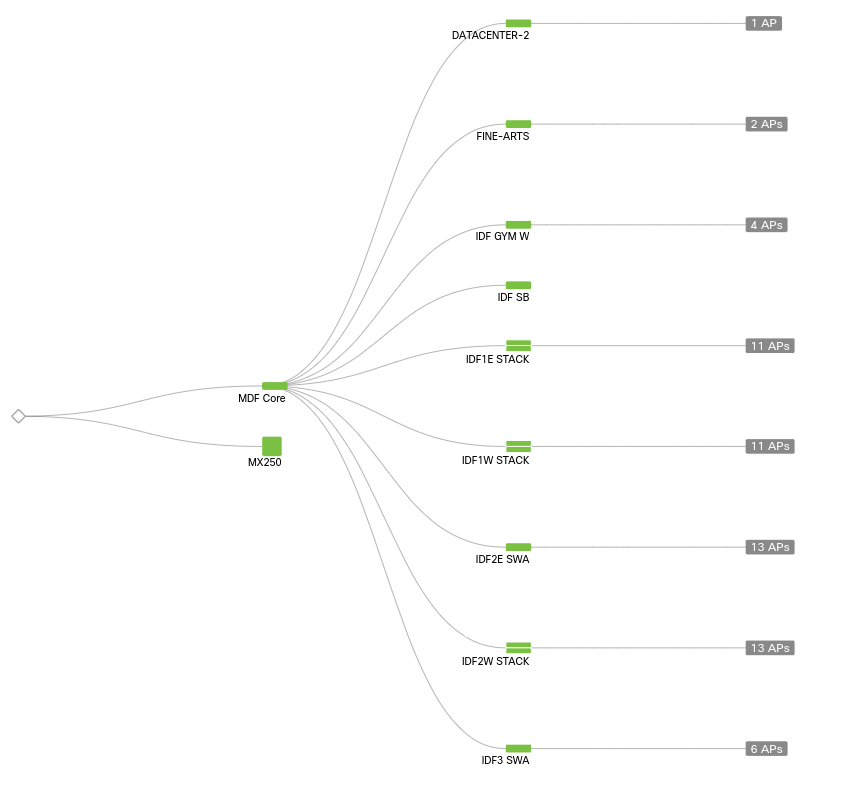 The map can take a while to update.  Has it been a couple of days since the change?

The changes were completed by 11:30pm on October 1.

I know Meraki says client statistics take 24 hours to update when changing to unique client identifier (not perfect BTW). But I don't think that has a bearing on topology view.

The other time when topology was screwed up was when I didn't have my STP bridge priority set correctly and we lost power for a couple days. An edge switch came back online as the root. Not fun.

But everything looks to be configured correctly. Maybe a bug?