That was very useful, and provided a quick solution. But then, I had a lot of limitations with this script, so I enhanced it :
There can only be those tags on network, in positions 1 and 2. When a Swap occurs, all other tags are lost.
I used an array to keep all tags except Zscaler related, to add them again after.
In HA, the two devices are processed. So in the event of a slight difference between metrics, we could have issues. I had this case :
Issue on Primary Zen, so Swapped to Backup Zen. After 5minutes, all results for member 1 are ok, so it swapped back to Primary, and then, going through member 2, which still has a metric above the threshold, which resulted in a Swap again to Backup Zen.
Example, loss results returned by API :
Member1 :
Loss = 29 (Below threshold, Swap back to Primary)
Loss=0
Loss=0
Loss=0
Member2 :
Loss = 31 (Above Thresholh, Swap again to Backup)
Loss=0
Loss=0
Loss=0
Solved by keeping the last Network processed in a variable, and to skip if it is the same.
-> I didn't found a solution to get "Master/Slave" status with API, so I could check only the Master. Is it possible ?
It only skips if monitored IP is 8.8.8.8. Added an array with IPs we want to skip. Could also do the opposite, by specifying Monitored IP in a ipToInclude for example.
Added "Latency" metric check in addition of "Packet Loss"
Added a ZEN_Forced tag part, to have the possibility to force a ZEN in the dashboard. In case this tag is added, the script will skip the checks for this network.
One of the most problematic part was that this script needed to run permanently, and in case of issue, we would lose the "Network Down" information, and then, after another run, there would be no Swap back to Primary.
I added a "ZEN_Swapped" tag, to keep information. Script can then be run on one time basis by removing the While loop and sleep.
I'm sure it's not perfect, and needs more improvements, but if it can help someone... 🙂
It could be good also to update the Meraki Documentation with corrections, and why not some of these changes to the code.
Regards,
Labels:
12 Kudos
Reply
Subscribe
10 REPLIES 10 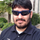