🎄The Twelve Days of Switchmas! 🎄

🎄The Twelve Days of Switchmas! 🎄 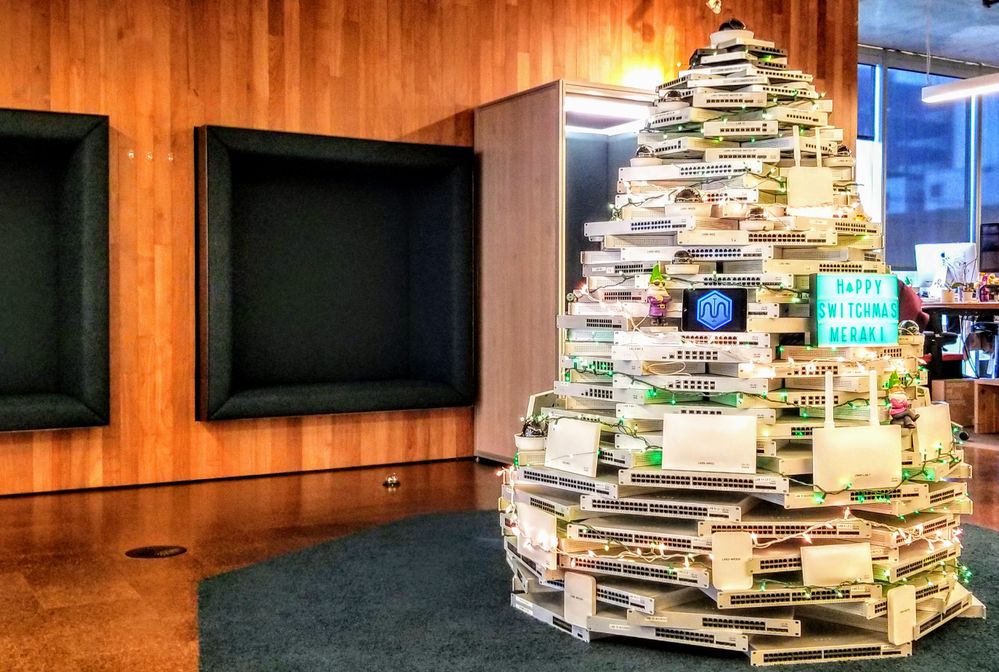 Merry Switchmas, everyone! I love this time of year -- twinkling lights, people communicating with each other and connecting, and sharing addresses. No, I'm not talking about any holidays -- I mean networking!

In fact, I was so inspired by our MS line of enterprise-grade switches that I decided to write a song about it, to the tune of "The Twelve Days of Christmas". I'm off to a good start with the first line, but I need YOUR help to finish it up! I've got the first line written already:

"On the first day of Switchmas, spanning tree gave to me

A blocked port due to RSTP"

...Ok, it's a work in progress. Think you can help? Respond with what you think the twelve days of Switchmas should be. We'll make it a holiday to remember! And remember to "forward" this on to all of your networking friends!

On the second day of Switchmas, my uplink gave to me

OMG, what an awesome concept.

My work in progress

On the first day of Switchmas, spanning tree gave to me

A blocked port due to RSTP

On the fifth day of Switchmas QoS gave to me no packet loss and jitter and a MoS score of 4.3

I'm not an employee of Cisco/Meraki. My posts are based on Meraki best practice and what has worked for me in the field.

I know buying a fake Christmas tree can be pricey... but I wonder how much that one would cost? 😀


I know buying a fake Christmas tree can be pricey... but I wonder how much that one would cost? 😀

@Bruce - Adam (master of the Switchmas tree) actually calculated the cost last year - take a look here: https://community.meraki.com/t5/Off-the-Stack/Switchmas-v2-0/m-p/71101#M2430 (spoiler: he estimates MSRP for all the gear with a 1 year license at over $1 million!)!

Puts my Christmas tree to shame 😀

I know this is old school tech but:

On the fifth day of Switchmas spanning tree gave to me, five token rings!

I literally laughed out loud at this one!

On the fourth day of switchmas, I've blocked the neighbors WiFi with my AP.

Love the tree but isn't San Fran prone to getting Earthquakes?

As a slightly different twist.

‘Twas the night before Christmas when all through the house, not a packet was stiring nor a spanning tree mouse. The Vlans were configured with meticulous care in a hope that the traffic would pass with no mare.

The switches were all nested all snug in their racks, while visions of cloud config danced in their stacks.

Operations were watching and I for a call, at home in the evening for the switches to fall.

When out in the cloud arose such a clatter, I sprang from my bed and answer, what’s the matter. Away to the console I flew like a flash, login to the portal and search in a dash.

And then in a twinkling the config did see, a rouge little route injected for me, with a tap of the keys and a 30 second wait the switch to resolve and the previous clam state.

So with that Christmas saved and a turkey for the table, thank goodness for Meraki and the things that cloud updates enable.