Register or Sign in
Turn on suggestions
Auto-suggest helps you quickly narrow down your search results by suggesting possible matches as you type.
Showing results for
Show  only  | Search instead for
Did you mean:

Today, we have a most exciting announcement — MV Gnome has joined the gnome crew here at Meraki!

(For those of you who aren't familiar with Meraki gnomes, here's a quick history lesson: we've created gnomes to celebrate each of our main hardware product lines.  Why? No idea, but they're pretty cute :-). AP Gnome (in blue) was the first, joining Meraki in 2014. Switch (yellow) and MX (purple) followed, allowing us to create an (almost) full-stack Gnome topology last year. Now, MV Gnome (pink) has joined to round out the portfolio!)

Gnome picnic! They seem to like the sweet treats

A few of you (including @Welles, no doubt?) may have noticed that MV Gnome also got to meet @jdsilva when he visited a couple weeks ago.

But — this seems to be the time of year when gnomes get a little restless. Remember all of Switch’s antics last year?

I’ve found MV Gnome all over the office recently:

Could all of this restlessness mean that he's going to escape to the community soon? Time will tell! 🧙🏻‍♂️

It's a bit like a fashion shoot.  Great effort @CarolineS.

^^ Phil just called us models @CarolineS. I feel so pretty!

Haha, I was assuming he was talking about the shuffleboard "catwalk" 🙂

[Mod note: There was a funny image here, but for whatever reason LinkedIn is picking it as the "main" image when we attempt to share this blog post there. And the funny image isn't appropriate out of context! So, removing it.] 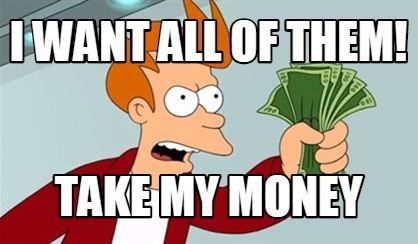 My desk always felt empty. Now I know why.

I FOUND THE GNOME!

I found the Gnome !

I am looking to buy the PURPLE Gnome to finish the Meraki collection for a colleague.  Does anybody know how or where I can get the gnome?