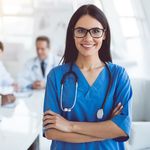 Roaming in a warehouse

by INSCOL in Wireless LAN
1 Kudo
1 Kudo
Hi,   What are the best ways to optimize roaming? We have several big warehouses with RF scanners + wireless printers moving around like crazy. They all have around 20-30 Meraki APs on the 5Ghz.   I see a lot of Association failure in the logs (see the screenshots below). I think that when they go from let's say AP1 to AP4, their devices are trying to connect to AP2 or AP3 in between but by the time the association is done, they are already at AP4, causing a "Failed connection". That's what I think, I'm not a wireless expert by far.   Users are not complaining but I don't like seeing Red everywhere in the dashboard 🙂   We did professional surveys and followed their recommendations but I saw nothing about roaming in the survey reports.   Thanks !       study nursing in canada nursing courses in canada​ ... View more
Kudos from
View All
My Top Kudoed Posts
View All