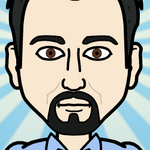 View All
Latest Contributions by R_Artes

by R_Artes in Off the Stack
1 Kudo
1 Kudo
Nothing has gone wrong since December 2020! Or I have just been asleep since then. ... View more

by R_Artes in Wireless LAN
There was a solution. Meraki support recommended to make our password LESS complex. The password is "passw0rd" which seems quite simple to me. I made it Test1234 which did work OK.   In the end I re-created the settings in a new SSID, and disabled the old SSID. Then it worked. We leave it like this for 3 weeks, until we migrate to a new vendor.     ... View more

by R_Artes in Wireless LAN
Interesting, I didn't know Meraki switches could act as a DHCP server, what model do you have? We have MS225. Packet trace doesn't show any response from server. ... View more

by R_Artes in Wireless LAN
I should say, I already created a case with Meraki support, and spent an hour on the phone yesterday with them. They also don't know what is going wrong.   ... View more

by R_Artes in Wireless LAN
We have Meraki MR52's in one building, with several SSIDs. One SSID is used as a Guest network, with Meraki DHCP issued IP addresses. Since the past 3 weeks or so, some clients do not get a DHCP address from Meraki, the DHCP server does not respond. Other SSIDs (using our own DHCP server) do get IP addresses.   On my iPhone, when I try to connect to the Guest SSID, I just get a spinning wheel, and eventually an APIPA address. IOS 15.3.1. Other devices (such as an older iPad with IOS 12.5.5) do get an IP address from the same SSID instantly.   What's happened? Has Apple released a dodgy update? Or Meraki?   I am on latest MR52 firmware (28.6) ... View more

by R_Artes in Dashboard & Administration
Typical Meraki. Deny everything for a month, then admit there was a problem and roll it back. One reason why we are changing to a different provider. ... View more

by R_Artes in Dashboard & Administration
Yes, it's back now. ... View more

by R_Artes in Switching
Thanks for your feedback BNS. Really interesting to read. We also have issues where our MR32's are placed, slow internet or not responding. Meraki will not admit it's a problem with the MR32, but have offered us a "cheap" upgrade to the MR52. Places where we have MR52's do not have issues.   ... View more

by R_Artes in Switching
That must be a bug. Did you already open a case with support? ... View more

by R_Artes in Switching
Thanks Andrew. This still doesn't explain why all the ports on one switch would disable at the same time. Especially since all the other switches in the building (6 x MS220) had no effect, even though they are all also connected to MR34's.   ... View more

by R_Artes in Switching
1 Kudo
1 Kudo
I haven't had this issue again, since upgrading the firmware.   This just confirms my suspicion: if you want reliability, don't choose Meraki. Go with traditional Cisco. If you want cool new functions and cloud management, choose Meraki. But be aware they are not an Enterprise suitable company.   ... View more

by R_Artes in Switching
Are you also using firmware version 10.35? Or are you with the latest version? I suspect it's a bug in the firmware. Since i upgraded I didn't have this problem anymore (but then I only had it on 1 switch in the past 5 years anyway) 😜 ... View more

by R_Artes in Switching
1 Kudo
1 Kudo
Thanks for the explanation BrechtSchamp, that's more than I could find in Meraki's documentation!   I suspect a bug in the firmware. We will wait and see what happens after a firmware upgrade...   Richard.   ... View more

by R_Artes in Switching
I can't find any POE Budget Changes in the logs. We are using firmware version 10.35. I don't see any bug fixes after 10.35 for PoE.   I will schedule a firmware upgrade to the latest stable version at the weekend, just to be sure.   Thanks for your suggestions!   Richard.   ... View more

by R_Artes in Switching
Great questions!   This only happend to the ports connected to AP's. The switch is only used for AP's, but none of the unused ports were disabled.   All ports are configured as a trunk port; RSTP: enabled; STP Guard: disabled. POE: enabled Link: Autoneg Schedule: unscheduled Isolation: disabled Type: Trunk Native VLAN 201 Allowed VLANs: all Trusted: Disabled UDLD: Alert only   No, I didn't think to power cycle one port. I will do that if it happens again.   POE budget:  Consumption: 161.4   W /   370   W Budgeted: 480   W /   370   W ... View more

by R_Artes in Switching
1 Kudo
1 Kudo
Yesterday at 15:10 one of our Meraki MS220 switches decided to disable all the ports connecting to MR34 wifi antennas. With the result that all antennas were powered off.   In the logs I can see for every port on the switch:- Port STP change Port x designated→disabled Port status change port: x, old: 1Gfdx, new: down   Why would STP disable all the ports on the switch at the same time? No other switches are affected, just this one. I rebooted the switch and the ports were enabled again.   This switch has been working fine for 5 years.   Meraki support say:  "Once a devices has been rebooted it loses its logs.... we need to see the switch in its failing state to identify the cause" Which isn't much help when you have 1000 students and 200 staff all relying on the wifi.   Any ideas?   Thanks, Richard.   ... View more

by R_Artes in Wireless LAN
Thanks! ... View more

by R_Artes in Wireless LAN
2 Kudos
2 Kudos
We have 92 access points in a school, and had lots of problems with the default settings (auto) because they interfere with each other and keep changing channels. Calling Meraki support, they said it should never have been set up on auto, they should have fixed channels and specific power settings on all access points. So the company that installed them had to come back in and re-survey, make a channel plan so they didn't overlap, and set the power to manual on every access point. Things work much better now.   ... View more

by R_Artes in Wireless LAN
I see with meraki switches there is a possibility to disable ports between certain hours. So I was thinking, can we save on electricity bill by turning off our Access Points at night? We have 92 access points that use about 9w of power in standby. So that's 828 w in total, 5 kwh. If we turn them all off between 00:00 and 06:00 that will save us about 150 euro per year. Is it OK to switch off Meraki access points every night? ... View more

by R_Artes in Off the Stack
1 Kudo
1 Kudo
Cisco Meraki Customer Advisories at https://meraki.cisco.com/blog/2017/11/introducing-customer-advisories/ is a great idea, but it needs some way of notifying us automatically, E.G with an e-mail sign-up or RSS feed. I am not going to check that page every day, just to see if there is an update. Thanks, Richard, ... View more
Kudos from
View All
Kudos given to
View All
My Accepted Solutions
View All
My Top Kudoed Posts
View All